Earlier this month, I learned my blog post, “Inspired by Young Leadership”, was to be featured on Training Industry’s website. I was honored, as this post is especially dear to my heart because it focuses on the second installment of my workshop series at my alma mater, Michigan State University. Please read on below for the post in its entirety or head over to Training Industry’s website (click here) — As always, I’d love to hear your thoughts on what you’ve read as well as learn of any young leadership examples you’ve experienced personally. Thank you!

Recently, I had the privilege of returning to my alma mater, Michigan State University (MSU), for my second annual workshop series. I teach one workshop on leadership and one on resilience as part of the BEST program, a NIH grant program that provides professional development resources to engineering and biomedical doctoral and postdoctoral students. The goal is to boost leadership skills so these specialized students can be successful in a variety of work settings.

As I prepared for the workshops this year, I experienced some unease. In recent weeks, the sex abuse scandal perpetrated by Larry Nassar had received prolific national media attention. Nassar’s identity as an osteopathic physician employed by MSU and USA Gymnastics felt relatable to my cohort of students in several ways, including his educational path and identity as a medical specialist and the fact that his over 200 victims potentially overlapped generationally with my students. As I traveled, inspired by the courage and conviction of the nationally broadcasted victim statements, I pictured the campus that I hold dear – the campus where Nassar exploited these young women at the height of their athletic careers. 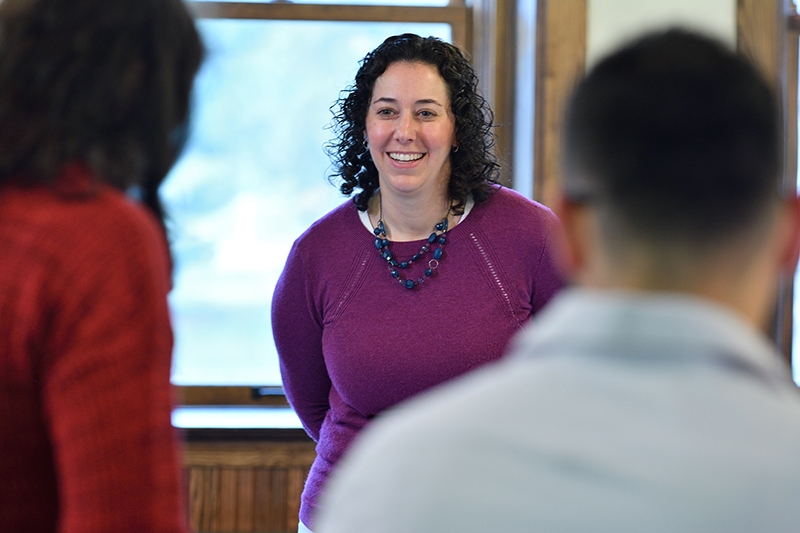 Michigan State, for its part, has taken heat for ignoring repeated reports of Nassar’s misconduct, which allowed the abuse to persist for decades. In addition to numerous lawsuits, public outrage led to the resignation of many campus leaders, including university president Lou Anna Simon and the athletic director. The downstream impacts of the situation continue to unfold on a daily basis.

I was walking into what felt like a loaded situation. How could we talk about leadership and resilience while the host institution was going through administrative upheaval? I decided to address the elephant in the room.

Teaching From a Theoretical Perspective

The model of leadership I chose for the workshop is the “Universal Model” that Bob Anderson and Bill Adams outline in their book “Mastering Leadership.” This circular model integrates thinking from many sources and draws specifically on the cutting-edge work that has emerged from adult (or vertical) development: the idea that the way a person looks at the world – as opposed to skills and competencies – is the critical lever point for development. In short, everything hinges on one’s personal lens. Using a smartphone as an analogy, the person’s lens is their operating system, and their skills and competencies are the apps.

What happens when we put apps on a phone with an outdated operating system? It’s an exercise in diminishing returns. The same goes for humans. 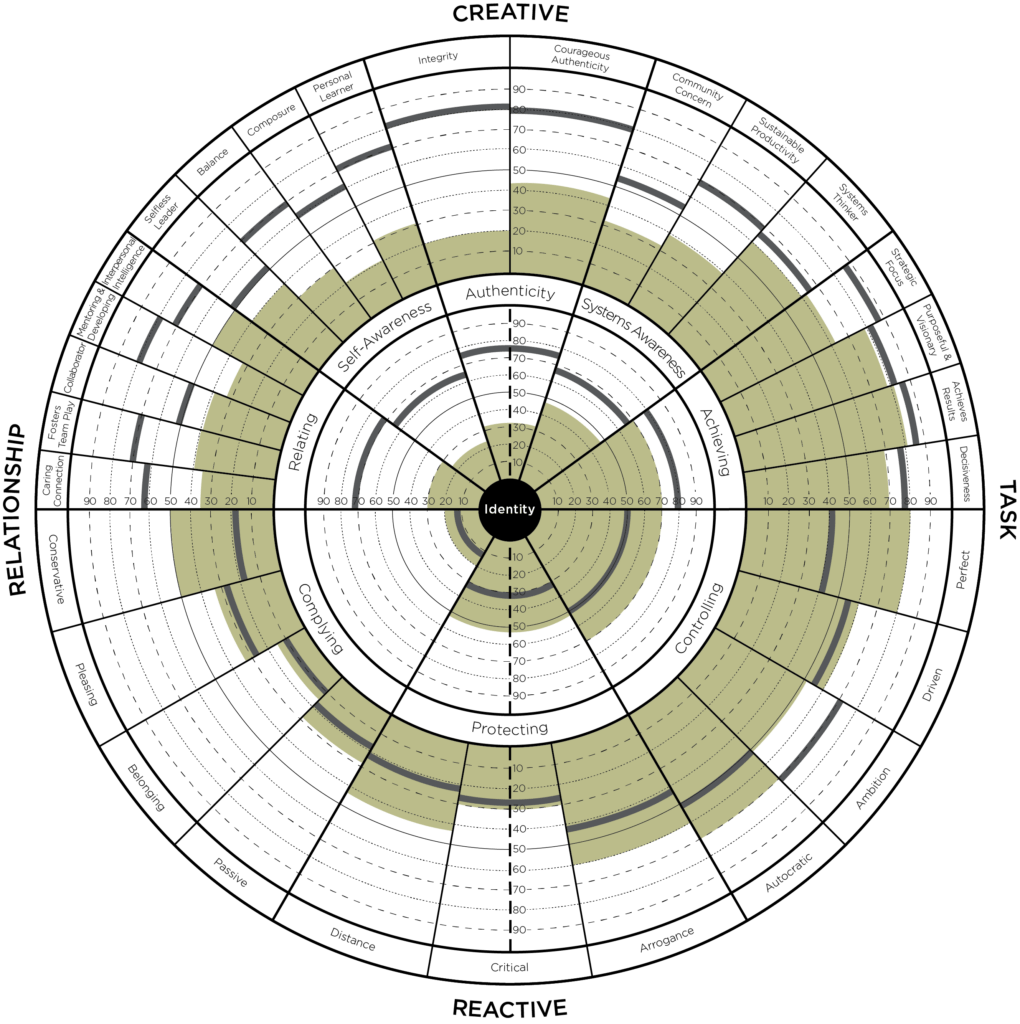 The other thing I love about this model is using it in a physical space. Concepts become somewhat heady beasts when we try to apply them to real life, but the universal model is also illustrated on a 15-foot mat that allows workshop participants to physically move around on the model.

Having discussed the elephant in the room (the Nassar sex abuse scandal as experienced on the MSU campus), I introduced the concepts of vertical development and reactive tendencies. Then, I invited participants to stand on the reactive tendency they each observed from MSU leadership during the unfolding scandal. Many felt there had been a distancing of leadership from the situation, passivity in the response, and a lack of transparency or contradiction in related university communications.

Then, I asked them to stand in the creative competency they either observed or wished MSU leadership demonstrated. While there was a diversity of opinions on what would be most helpful, many felt that courageous authenticity or integrity were most critical.

Lastly, I asked the participants to move to the creative competency that best represented what they, as student leaders on campus, could bring to such a difficult situation. The vast majority of them moved to the mentoring section of the mat, indicating that as graduate students, they had an opportunity to support undergraduates in a constructive way. 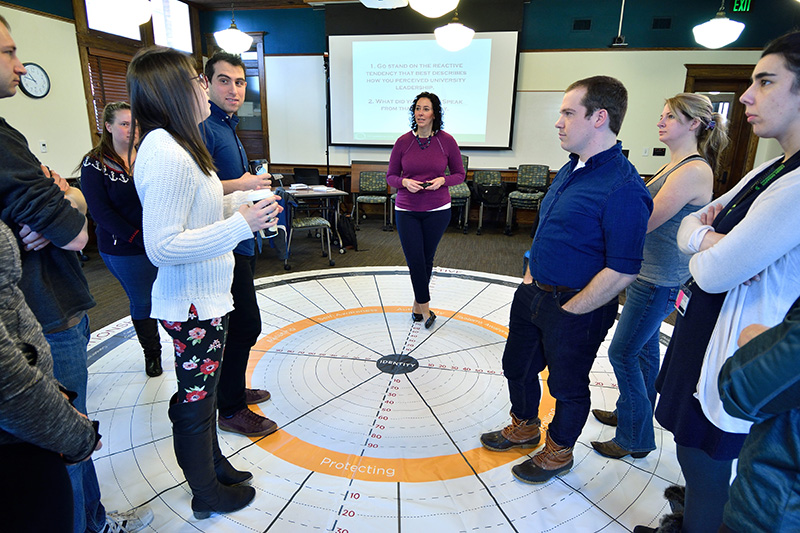 I traveled home feeling inspired about the research these students were contributing to the world. As a cohort, their leadership sensibility makes me optimistic for our society’s future. I see real parallels among my students; Nassar’s victims, who bravely spoke their truth to power; and the students from Marjory Stoneman Douglas High School, who have become the nation’s fiercest voices for gun legislation. I found myself reflecting on the words of First Lady Melania Trump:

“I have been heartened to see children across this country using their voices to speak out and try to create change … They’re our future and they deserve a voice.”

While tragedies of different kinds continue to come to light with what seems like increasing frequency and massive media attention, a bright light is the young people who step forward to help create positive change. I see them as proof that leadership isn’t about title, age or seniority. Leadership is about having a sense of conviction and clarity about a situation – and the courage to act.

What examples of young leadership have you witnessed? 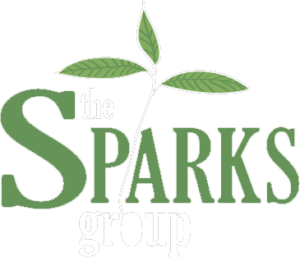